Shiretoko is one of the most precious places on Earth where primeval nature has been preserved until this modern age. The harsh landscape created by volcanic activity is a natural fortress against human activity and has protected the nature and wildlife living there for hundreds of years.

In July 2005, Shiretoko became a World Natural Heritage, having been valued for its outstanding ‘life-interaction’ between terrestrial and marine ecosystems, starting from phytoplanktons brought by seasonal sea ice (ice algae), as well as its global importance for diverse species including world-widely threatened Steller’s Sea Eagles.

Shiretoko supports various wildlife and their habitat; one of the highest population densities of Brown Bears in the world; regularly-visiting packs of Orcas; Sperm Whales, one of the largest predatory mammals; birds of prey including White-tailed Eagles and rare Steller’s Sea Eagles, which are found only in the Far East; and one of the largest habitat of endangered Blakiston’s Fish Owls. Due to this wonderful diversity of wildlife, Shiretoko is a destiny place for wildlife watchers in Japan.

Enjoy your time here in the World Natural Heritage Shiretoko! 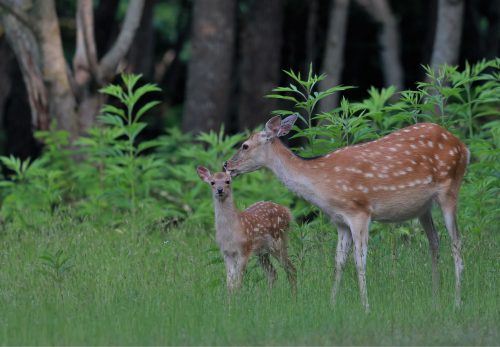 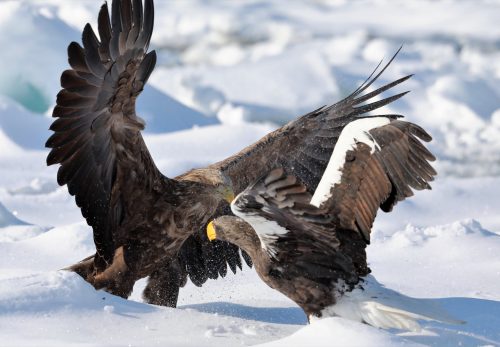 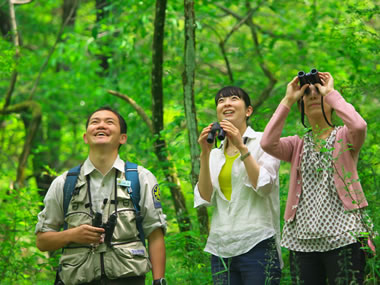 Enjoy one or more of the many tours we offer for a great opportunity to understand and appreciate nature of Japan. You can support our conservation activities by participating in our tours as part of our profit is used for the purpose.